Conti — one of the most ruthless and successful Russian ransomware groups — publicly declared during the height of the COVID-19 pandemic that it would refrain from targeting healthcare providers. But new information confirms this pledge was always a lie, and that Conti has launched more than 200 attacks against hospitals and other healthcare facilities since first surfacing in 2018 under its earlier name, “Ryuk.” 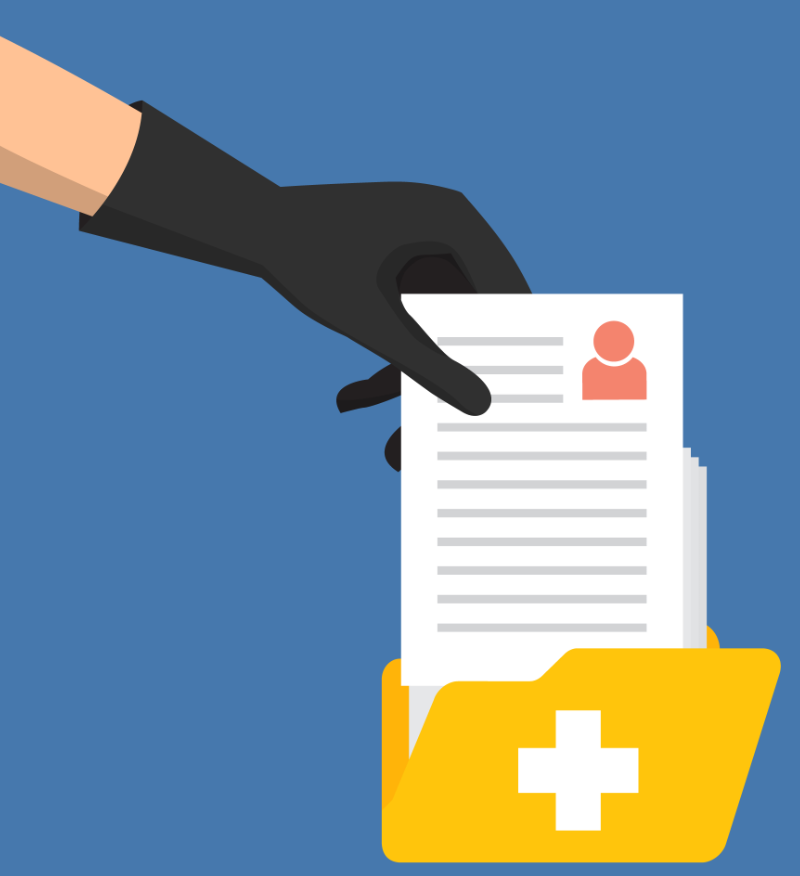 On April 13, Microsoft said it executed a legal sneak attack against Zloader, a remote access trojan and malware platform that multiple ransomware groups have used to deploy their malware inside victim networks. More specifically, Microsoft obtained a court order that allowed it to seize 65 domain names that were used to maintain the Zloader botnet.

Microsoft’s civil lawsuit against Zloader names seven “John Does,” essentially seeking information to identify cybercriminals who used Zloader to conduct ransomware attacks. As the company’s complaint notes, some of these John Does were associated with lesser ransomware collectives such as Egregor and Netfilim.

But according to Microsoft and an advisory from the U.S. Cybersecurity & Infrastructure Security Agency (CISA), Zloader had a special relationship with Ryuk/Conti, acting as a preferred distribution platform for deploying Ryuk/Conti ransomware.

Weiss said ransomware attacks from Ryuk/Conti have impacted hundreds of healthcare facilities across the United States, including facilities located in 192 cities and 41 states and the District of Columbia.

“The attacks resulted in the temporary or permanent loss of IT systems that support many of the provider delivery functions in modern hospitals resulting in cancelled surgeries and delayed medical care,” Weiss said in a declaration (PDF) with the U.S. District Court for the Northern District of Georgia.

“Hospitals reported revenue losses due to Ryuk infections of nearly $100 million from data I obtained through interviews with hospital staff, public statements, and media articles,” Weiss wrote. “The Ryuk attacks also caused an estimated $500 million in costs to respond to the attacks – costs that include ransomware payments, digital forensic services, security improvements and upgrading impacted systems plus other expenses.”

The figures cited by Weiss appear highly conservative. A single attack by Ryuk/Conti in May 2021 against Ireland’s Health Service Executive, which operates the country’s public health system, resulted in massive disruptions to healthcare in Ireland. In June 2021, the HSE’s director general said the recovery costs for that attack were likely to exceed USD $600 million.

Conti ravaged the healthcare sector throughout 2020, and leaked internal chats from the Conti ransomware group show the gang had access to more than 400 healthcare facilities in the U.S. alone by October 2020.

On Oct. 28, 2020, KrebsOnSecurity broke the news that FBI and DHS officials had seen reliable intelligence indicating the group planned to ransom many of these care facilities simultaneously. Hours after that October 2020 piece ran, I heard from a respected H-ISAC security professional who questioned whether it was worth getting the public so riled up. The story had been updated multiple times throughout the day, and there were at least five healthcare organizations hit with ransomware within the span of 24 hours.

“I guess it would help if I understood what the baseline is, like how many healthcare organizations get hit with ransomware on average in one week?” I asked the source.

“It’s more like one a day,” the source confided.

While Conti is just one of many ransomware groups threatening the healthcare industry, it seems likely that ransomware attacks on the healthcare sector are underreported. Perhaps this is because a large percentage of victims are paying a ransom demand to keep their data (and news of their breach) confidential. A survey published in February by email security provider Proofpoint found almost 60 percent of victims hit by ransomware paid their extortionists.

Or perhaps it’s because many crime groups have shifted focus away from deploying ransomware and toward stealing data and demanding payment not to publish the information. Conti shames victims who refuse to pay a ransom by posting their internal data on their darkweb blog.

Since the beginning of 2022, Conti has claimed responsibility for hacking a cancer testing lab, a medical prescription service online, a biomedical testing facility, a pharmaceutical company, and a spinal surgery center.

The Healthcare Information and Management Systems Society recently released its 2021 HIMSS Healthcare Cybersecurity Survey (PDF), which interviewed 167 healthcare cybersecurity professionals and found 67 percent had experienced a “significant security incident” in the past year.

The FBI says Conti typically gains access to victim networks through weaponized malicious email links, attachments, or stolen Remote Desktop Protocol (RDP) credentials, and that it weaponizes Microsoft Office documents with embedded Powershell scripts — initially staging Cobalt Strike via the Office documents and then dropping Emotet onto the network — giving them the ability to deploy ransomware. The FBI said Conti has been observed inside victim networks between four days and three weeks on average before deploying Conti ransomware.