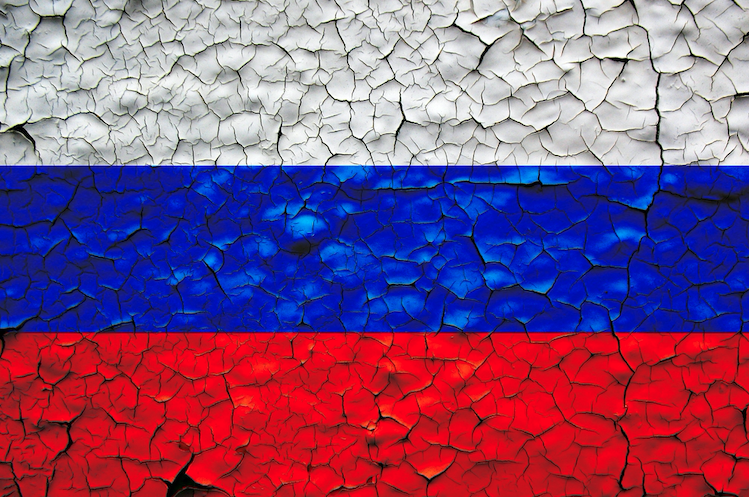 President Biden joined European leaders this week in enacting economic sanctions against Russia in response to its invasion of Ukraine. The West has promised tougher sanctions are coming, but experts warn these will almost certainly trigger a Russian retaliation against America and its allies, which could escalate into cyber attacks on Western financial institutions and energy infrastructure.

Michael Daniel is a former cybersecurity advisor to the White House during the Obama administration who now heads the Cyber Threat Alliance, an industry group focused on sharing threat intelligence among members. Daniel said there are two primary types of cyber threats the group is concerned about potentially coming in response to sanctions on Russia.

The first involves what Daniel called “spillover and collateral damage” — a global malware contagion akin to a NotPeyta event — basically some type of cyber weapon that has self-propagating capabilities and may even leverage a previously unknown security flaw in a widely-used piece of hardware or software.

Russia has been suspected of releasing NotPetya, a large-scale cyberattack in 2017 initially aimed at Ukrainian businesses that mushroomed into an extremely disruptive and expensive global malware outbreak.

“The second level [is that] in retaliation for sanctions or perceived interference, Russia steps up more direct attacks on Western organizations,” Daniel said. “The Russians have shown themselves to be incredibly ingenious and creative in terms of how they come up with targets that seem to catch us by surprise. If the situation escalates in cyberspace, there could be some unanticipated organizations that end up in the crosshairs.”

What kinds of attacks are experts most concerned about? In part because the Russian economy is so dependent on energy exports, Russia has invested heavily in probing for weaknesses in the cyber systems that support bulk power production and distribution.

Ukraine has long been used as the testing grounds for Russian offensive hacking capabilities targeting power infrastructure. State-backed Russian hackers have been blamed for the Dec. 23, 2015 cyberattack on Ukraine’s power grid that left 230,000 customers shivering in the dark.

Experts warn that Russia could just as easily use its arsenal of sneaky cyber exploits against energy systems that support U.S. and European nations. In 2014, then National Security Agency Director Mike Rogers told lawmakers that hackers had been breaking into U.S. power utilities to probe for weaknesses, and that Russia had been caught planting malware in the same kind of industrial computers used by power utilities.

“All of that leads me to believe it is only a matter of when, not if, we are going to see something dramatic,” Rogers said at the time.

That haunting prophecy is ringing anew as European leaders work on hammering out additional sanctions, which the European Commission president says will restrict the Russian economy’s ability to function by starving it of important technology and access to finance.

A draft of the new penalties obtained by The New York Times would see the European Union ban the export of aircraft and spare parts that are necessary for the maintenance of Russian fleets.

“The bloc will also ban the export of specialized oil-refining technology as well as semiconductors, and it will penalize more banks — although it will stop short of targeting VTB, Russia’s second-largest bank, which is already crippled by American and British sanctions,” The Times wrote.

Dmitri Alperovitch is co-founder and former chief technology officer at the security firm CrowdStrike. Writing for The Economist, Alperovitch said America must tailor its response carefully to avoid initiating a pattern of escalation that could result in a potentially devastating hot war with Russia.

“The proposed combination of sanctions on top Russian banks and implementation of export controls on semiconductors would be likely to severely debilitate the Russian economy,” Alperovitch wrote. “And although many in the West may initially cheer this outcome as righteous punishment for Russia’s blatant violation of Ukrainian sovereignty, these measures will probably trigger significant Russian retaliation against America. That prospect all but guarantees that the conflict will not come to an end with an invasion of Ukraine.”

Faced with a potentially existential threat to its economic well-being — and seeing itself as having nothing more to lose — Russia will have several tools at its disposal with which to respond, he said: One of those will be carrying out cyber-attacks against American and European financial institutions and energy infrastructure.

“Having already exhausted the power of economic sanctions, America and its European allies would have few choices other than to respond to these attacks with offensive cyber-strikes of their own,” Alperovitch wrote. “This pattern of tit-for-tat cyber retaliation could place Russia and the West on a worrying path. It could end with the conflict spilling out of cyberspace and into the realm of a hot conflict. This outcome—a hot conflict between two nuclear powers with extensive cyber capabilities—is one that everyone in the world should be anxious to avoid.”

In May 2021, Russian cybercriminals unleashed a ransomware attack against Colonial Pipeline, a major fuel distributor in the United States. The resulting outage caused fuel shortages and price spikes across the nation. Alperovitch says a retaliation from Russia in response to sanctions could make the Colonial Pipeline attack seem paltry by comparison.

“The colonial pipeline is going to be like child’s play if the Russians truly unleash all their capability,” Alperovitch told CNBC this week.

For example, having your organization’s computers and servers locked by ransomware may seem like a day at the park compared to getting hit with “wiper” malware that simply overwrites or corrupts data on infected systems.

Kim Zetter, a veteran Wired reporter who now runs her own cybersecurity-focused Substack newsletter, has painstakingly documented two separate wiper attacks launched in the lead-up to the Russian invasion that targeted Ukrainian government and contractor networks, as well as systems in Latvia and Lithuania.

One contractor interviewed by Zetter said the wiper attacks appeared to be extremely targeted, going after organizations that support the Ukrainian government — regardless of where those organizations are physically located.

“The wiper, dubbed HermeticaWiper, appears to have been in the works for months but was only released on computers today,” Zetter wrote. “It follows on a previous wiper attack that struck Ukrainian systems in January called WhisperGate. Like that previous infection, HermeticaWiper is designed to overwrite files on systems to render them inoperable.”

A joint advisory last week by the FBI, National Security Agency (NSA) and the Cybersecurity and Infrastructure Security Agency (CISA) warned that Russian cyber actors have been targeting cleared defense contractors, and that since January 2020 and continuing through this month, the cyber actors had maintained a persistent presence on those contractor networks. The advisory said the attackers exfiltrated email and data, and were able to “acquire sensitive, unclassified information, as well as proprietary and export-controlled technology.”

A report Thursday by NBC News suggested President Biden had been presented with options for massive cyberattacks against Russia, including the disruption of Internet access across Russia, shutting off the power, and stopping trains in their tracks.

But White House National Security Council spokesperson Emily Home told Reuters the NBC News report was “wildly off base and does not reflect what is actually being discussed in any shape or form.”

That’s good news, according to Jim Lewis, director of the public policy program at the Center for Strategic and International Studies. Lewis said the United States and its allies have far more to lose if the West gets embroiled in an escalation of cyber attacks with Russia over sanctions.

“The asymmetry in pressure points makes the idea of us doing something probably not a good idea,” Lewis told KrebsOnSecurity. “If Putin hasn’t gone completely nuts, he’ll be cautious of doing anything that might be construed under international law as the use of force through cyber means.”

Lewis said a more likely response from Russia would include enlisting cybercriminals throughout Russia and the Commonwealth of Independent States to step up ransomware and other disruptive attacks against high-impact targets in specific industries.

“The pressure points for Putin are his political support — the oligarchs and security services,” Lewis said. “If we want to squeeze him, that’s where we have to squeeze, things like seizing all their real estate in Miami Beach, or putting them on no-fly lists. If you want to hurt Putin, a cyberattack probably wouldn’t do it. Unless it was against his bank account.”

In a call to action issued earlier this week dubbed “Shields Up,” CISA warned that Russia could escalate its destabilizing actions in ways that may impact others outside of Ukraine. CISA also published a new catalog of free public and private sector cybersecurity services.