The body of a man found shot inside a burned out vehicle in Canada three years ago has been identified as that of Davis Wolfgang Hawke, a prolific spammer and neo-Nazi who led a failed anti-government march on Washington, D.C. in 1999, according to news reports.

Homicide detectives said they originally thought the man found June 14, 2017 in a torched SUV on a logging road in Squamish, British Columbia was a local rock climber known to others in the area as a politically progressive vegan named Jesse James. 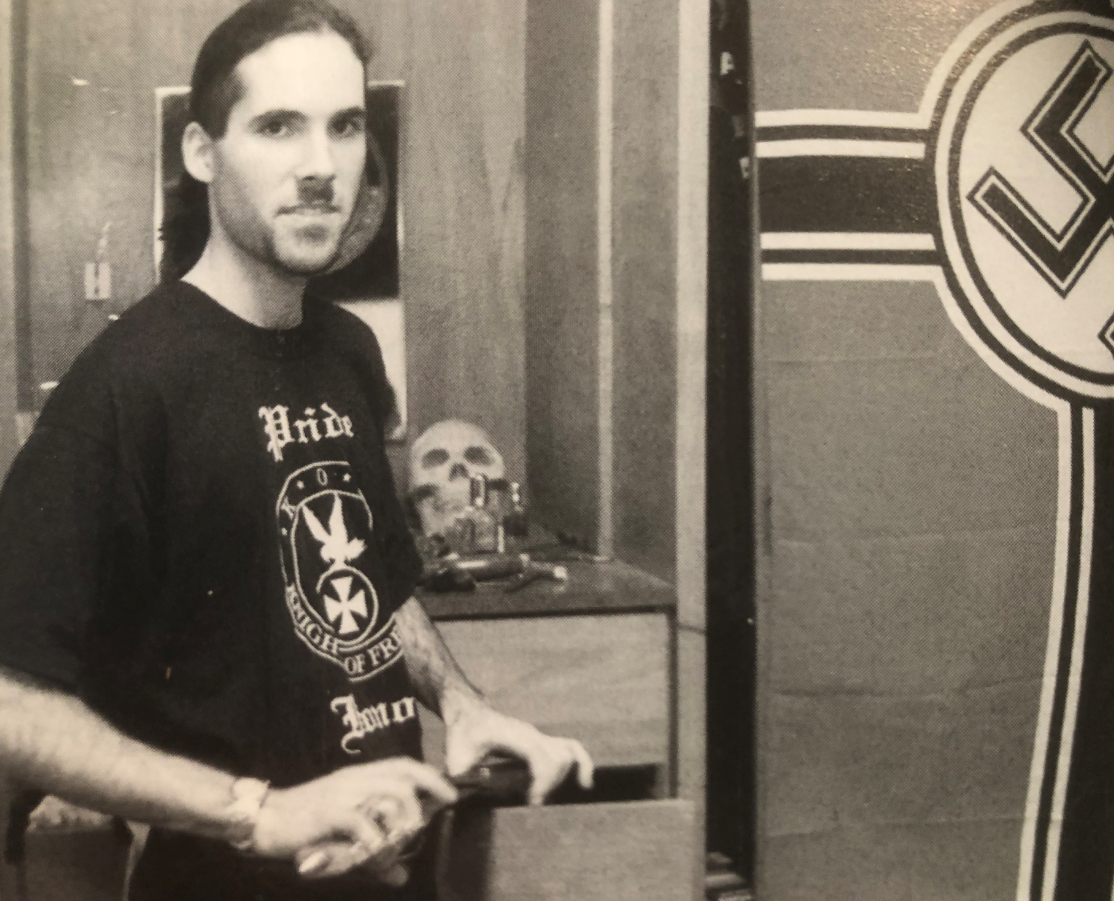 But according to a report from CTV News, at a press conference late last month authorities said new DNA evidence linked to a missing persons investigation has confirmed the man’s true identity as Davis Wolfgang Hawke.

A key subject of the book Spam Kings by Brian McWilliams, Hawke was a Jewish-born American who’d legally changed his name from Andrew Britt Greenbaum. For many years, Hawke was a big time purveyor of spam emails hawking pornography and male enhancement supplements, such as herbal Viagra.

Hawke had reportedly bragged about the money he earned from spam, but told friends he didn’t trust banks and decided to convert his earnings into gold and platinum bars. That sparked rumors that he had possibly buried his ill-gotten gains on his parents’ Massachusetts property.

In 2005, AOL won a $12.8 million lawsuit against him for relentlessly spamming its users. A year later, AOL won a court judgment authorizing them to dig on that property, although no precious metals were ever found.

More recently, Hawke’s Jesse James identity penned a book called Psychology of Seduction, which claimed to merge the “shady world of the pickup artist with modern science, unraveling the mystery of attraction using evolutionary biology and examining seduction through the lens of social and evolutionary psychology.”

The book’s “about the author” page said James was a “disruptive technology pioneer” who was into rock climbing and was a resident of Squamish. It also claimed James held a PhD in theoretical physics from Stanford, and that he was an officer in the Israeli Defense Force.

It might be difficult to fathom why, but Hawke may have made a few enemies over the years. Spam Kings author McWilliams notes that Hawke changed his name with regularity and used many pseudonyms.

“I could definitely see this guy making someone so mad at him they’d want to kill him,” McWilliams told CTV. “He was a guy who really pushed people that way and was a crook. I mean, he was a conman. That was what he was and I can see how somebody might get mad. I can also see him staging his own death or committing suicide in a fashion like that, if that’s what he chose to do. He was just a perplexing guy. I still don’t feel like I have a handle on him and I spent the better part of a year trying to figure out what made him tick.”

The father of the deceased, Hy Greenbaum, has offered a $10,000 reward to any tipster who can help solve his son’s homicide. British Columbia’s Integrated Homicide Investigation Team also is seeking clues, and can be reached at ihitinfo@rcmp-grc.gc.ca.