The leader of Mexico’s Green Party has been removed from office following allegations that he received money from a Romanian ATM skimmer gang that stole hundreds of millions of dollars from tourists visiting Mexico’s top tourist destinations over the past five years. The scandal is the latest fallout stemming from a three-part investigation into the organized crime group by KrebsOnSecurity in 2015. 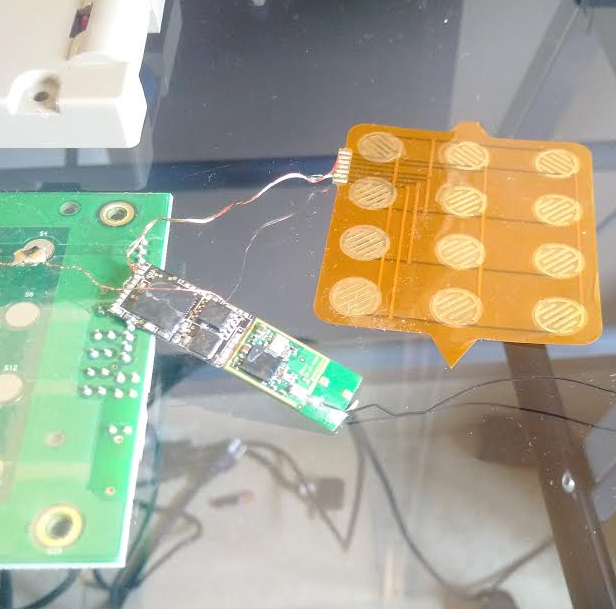 One of the Bluetooth-enabled PIN pads pulled from a compromised ATM in Mexico. The two components on the left are legitimate parts of the machine. The fake PIN pad made to be slipped under the legit PIN pad on the machine, is the orange component, top right. The Bluetooth and data storage chips are in the middle.

Jose de la Peña Ruiz de Chávez, who leads the Green Ecologist Party of Mexico (PVEM), was dismissed this month after it was revealed that his were among 79 bank accounts seized as part of an ongoing law enforcement investigation into a Romanian organized crime group that owned and operated an ATM network throughout the country.

In 2015, KrebsOnSecurity traveled to Mexico’s Yucatan Peninsula to follow up on reports about a massive spike in ATM skimming activity that appeared centered around some of the nation’s primary tourist areas.

That three-part series concluded that Intacash, an ATM provider owned and operated by a group of Romanian citizens, had been paying technicians working for other ATM companies to install sophisticated Bluetooth-based skimming devices inside cash machines throughout the Quintana Roo region of Mexico, which includes Cancun, Cozumel, Playa del Carmen and Tulum.

Unlike most skimmers — which can be detected by looking for out-of-place components attached to the exterior of a compromised cash machine — these skimmers were hooked to the internal electronics of ATMs operated by Intacash’s competitors by authorized personnel who’d reportedly been bribed or coerced by the gang.

But because the skimmers were Bluetooth-based — allowing thieves periodically to collect stolen data just by strolling up to a compromised machine with a mobile device — KrebsOnSecurity was able to detect which ATMs had been hacked using nothing more than a cheap smart phone.

In a series of posts on Twitter, De La Peña denied any association with the Romanian organized crime gang, and said he was cooperating with authorities.

But it is likely the scandal will ensnare a number of other important figures in Mexico. According to a report in the Mexican publication Expansion Politica, the official list of bank accounts frozen by the Mexican Ministry of Finance include those tied to the notary Naín Díaz Medina; the owner of the Quequi newspaper, José Alberto Gómez Álvarez; the former Secretary of Public Security of Cancun, José Luis Jonathan Yong; his father José Luis Yong Cruz; and former governors of Quintana Roo.

In May 2020, the Mexican daily Reforma reported that the skimming gang enjoyed legal protection from a top anti-corruption official in the Mexican attorney general’s office.

The following month, my reporting from 2015 emerged as the primary focus of a documentary published by the Organized Crime and Corruption Reporting Project (OCCRP) into Intacash and its erstwhile leader — 44-year-old Florian “The Shark” Tudor. The OCCRP’s series painted a vivid picture of a highly insular, often violent transnational organized crime ring (referred to as the “Riviera Maya Gang“) that controlled at least 10 percent of the $2 billion annual global market for skimmed cards.

It also details how the group laundered their ill-gotten gains, and is alleged to have built a human smuggling ring that helped members of the crime gang cross into the U.S. and ply their skimming trade against ATMs in the United States. Finally, the series highlights how the Riviera Maya gang operated with impunity for several years by exploiting relationships with powerful anti-corruption officials in Mexico.

In 2019, police in Mexico arrested Tudor for illegal weapons possession, and raided his various properties there in connection with an investigation into the 2018 murder of his former bodyguard, Constantin Sorinel Marcu.

According to prosecution documents, Marcu and The Shark spotted my reporting shortly after it was published in 2015, and discussed what to do next on a messaging app:

The Shark: Krebsonsecurity.com See this. See the video and everything. There are two episodes. They made a telenovela.

The Shark: They destroyed us. That’s it. Fuck his mother. Close everything.

The intercepted communications indicate The Shark also wanted revenge on whoever was responsible for leaking information about their operations.

The Shark: Tell them that I am going to kill them.

Marcu: Okay, I can kill them. Any time, any hour.

The Shark: They are checking all the machines. Even at banks. They found over 20.

Since the OCCRP published its investigation, KrebsOnSecurity has received multiple death threats. One was sent from an email address tied to a Romanian programmer and malware author who is active on several cybercrime forums. It read:

“Don’t worry.. you will be killed you and your wife.. all is matter of time amigo :)”